About 250 faculty, staff, students, and community members attended the event. The evening featured an official unveiling of the mural, remarks, cocktails, hors d’oeuvres, and live music provided by an ACC music student.

ACC Chancellor Dr. Richard Rhodes kicked off the event by discussing the project, which spanned over three years, and introduced renowned Southwest artist, Amado Peña. Peña described the inspiration behind the mural and credited the K-12 students across Central Texas and the ACC students, faculty, and staff who contributed artwork to the mural.

Commissioned in 2017, ‘Bridges to Success’ is a massive collage of rich perspectives, stories, and cultures in Central Texas. The permanent art installation features an artistic representation of the college’s Areas of Study, with each piece of the mural uniquely designed and connected symbolically through the bridging of community and educational pathways at ACC.

View photos from the grand unveiling below. 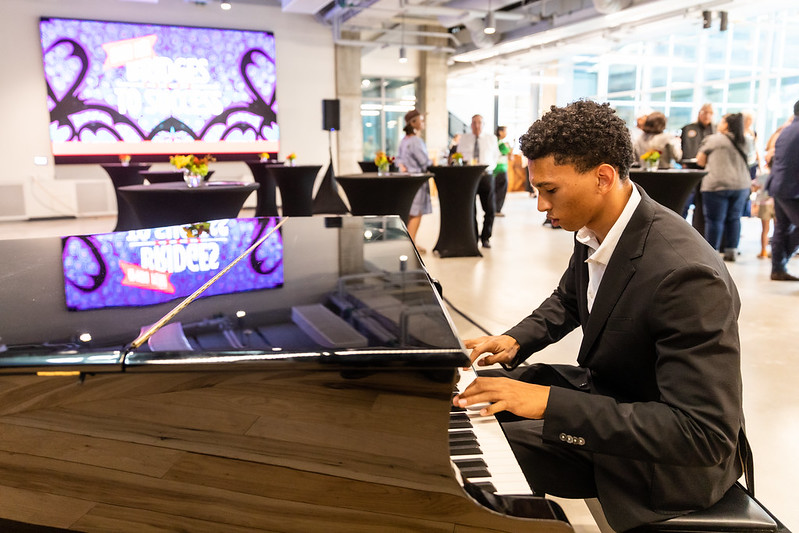