Hundreds of students, faculty, staff, and community members took part in ACC’s 2022 Juneteenth celebration on Thursday, June 16. Juneteenth commemorates the announcement of the abolition of slavery in Texas.

After two years of celebrating virtually, this year’s festivities returned to the ACC Eastview Campus with music, games, DJs, dancing, and food. The event also included a Riverbat Kids station, an ACC and community resources table, a voter registration table, and a COVID-19 vaccination clinic.

For the first time, ACC was able to represent its Riverbat Pride with a float driven down the streets of East Austin accompanied by float riders and walkers who handed out candy to parade-goers. ACC also participated in the festivities at Rosewood Park where community members could get more information about various college offerings and programs.

The college has honored Juneteenth since 1974 through celebrations including musical performances, cultural awareness talks, guest speakers, and opportunities to showcase the college’s African American Cultural Center.

View photos from the events below. 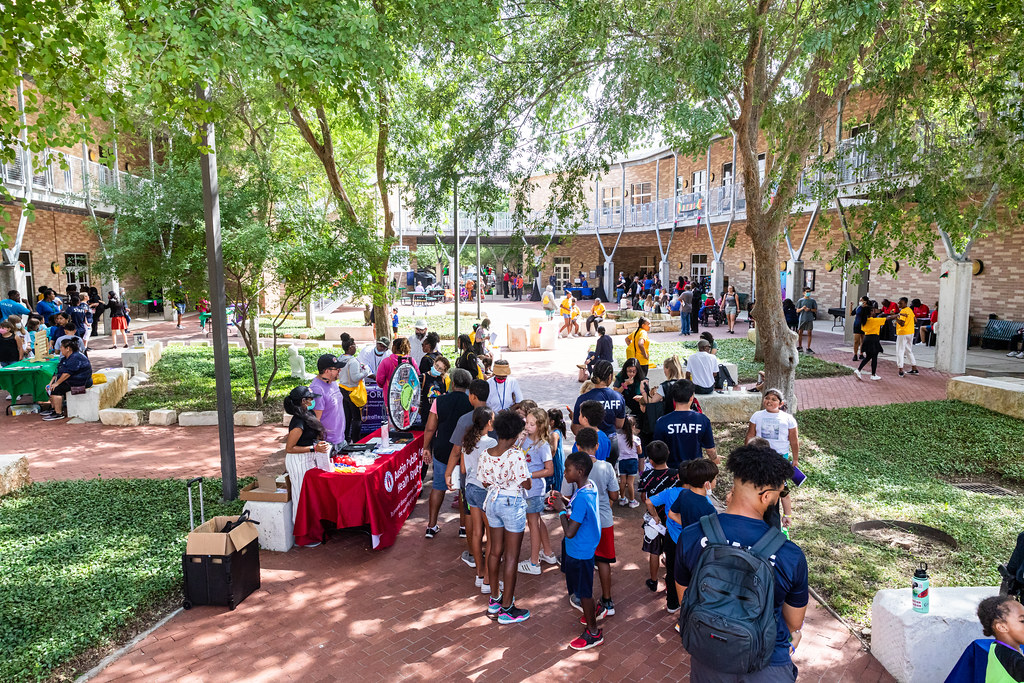